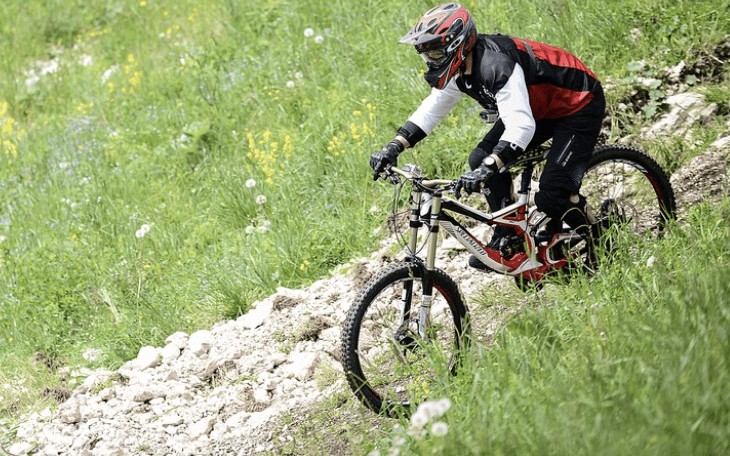 Things That Can Go Wrong With Your Electric Mountain Bike

It is to avoid this type of accident that some mountain bikers prefer to have their motor in their back hub. That is because front fork failure is one of the most dangerous things that can happen on your mountain bike, especially if you are going fast or down a steep hill.

When your front fork fails, your bike can essentially come apart in that spot. You then start falling headfirst while your handlebars go down due to your front wheel breaking off entirely. This can cause a face plant that gives you a concussion, even at a low speed.

To avoid this, use your back hub for your motor. If you must use your front hub, either choose not to use a high-powered motor or get a mountain bike that does not have a front suspension. Sometimes this failure is due to installation error, so consider getting your motor professionally installed instead of putting it in yourself.

Another type of biking accident that can happen is your bearings on your mid-drive can lock up. This is mostly something that only happens to electric mountain bikes with powerful mid-drives. When this locks up, you end up getting hit with your pedals as they rotate rapidly and without your control, at which point you usually lose control of your bike as well.

Things To Avoid Doing On An Electric Mountain Bike

To help you stay safe on your electric mountain bike, there are a few things that you should avoid doing. Some of these safety tips should be common sense. However, if you have never been on an electric bike, motorcycle, or anything similar, then you may not be aware of some of these things.

First, do not do anything that might compromise your battery! Lithium batteries are what are most commonly used for electric bikes. If these are mistreated, they can easily catch fire, so you should treat them respectfully.

Avoid letting your batteries getting punctured by using a protective box to hold them. This box should preferably be made out of metal, not only because metal is harder to puncture, but also because metal won’t catch on fire.

Additionally, it is inadvisable to make a homemade lithium battery pack unless you know what you are doing. While making your own battery pack can save you money, these are far more likely to combust.

Also, do not over-charge your batteries, since this is more likely to make them catch something on fire. Be careful where you are charging your batteries at too, since they can catch on fire while charging up and not just when you are out on the trail.

A Word On Throttles

Most electric mountain bikes use torque sensors instead of throttles like electric road bikes tend to do. However, there are a few mountain bikes that do use a throttle, and you should avoid applying too much throttle when you are at a dead stop. In fact, you should be pretty careful with the throttle period.

Using too much throttle when you are at a dead stop can cause you to pop an unintentional wheelie. While this may not be serious, if it catches you off-guard, it can cause you to fall off of your bike. To avoid this type of accident, lean forward and get some forward momentum before you use the throttle.

Also, be careful about accidentally hitting your throttle. This is a fairly common mistake for electric bikes that have throttles. One minute you can be standing next to your bike, and the next minute your bike is jerking forward without you because you accidentally tapped the throttle.

One reason why this accidentally happens is because motors in bikes are so silent when compared to cars or motorcycles. This can make you forget that it is even still on. Your first instinctive reaction is to grab onto it harder to get it under control.

However, this makes your bike get away from you even faster. While this will not hurt you, it can potentially hurt anyone who might be standing a few feet in front of you. Other than that, it is also embarrassing.

Finally, your throttle can get stuck into the wide-open position. If you don’t notice this until you are trying to slow down, this is obviously a bad thing. The more urgent your need is to stop, the worse your position will be.

While electric mountain bikes that do not have a throttle cannot logically get stuck with the throttle wide open, they can still malfunction. In either case, you should try to verify that your brakes are strong enough to help you at least slow down even under power.

Keep Your Speed In Mind!

If you plan on going fast on your electric mountain bike, make sure that your bike can handle it. Mountain bikes are durable, but the extra weight on the frame does wear on them more. This paired with faster speeds mean that your frame should be extra durable and similar to downhill mountain bikes.

On this same note, your brakes need to be able to handle the higher speeds without locking up. As mentioned, they should be able to do this even if your motor is pushing you forward. Even with great brakes, though, you will still need to start braking sooner due to your increase in speed.

Electric mountain bikes can be just as quiet as an ordinary bike, so don’t assume someone ahead of you knows that you are gaining on them. Say something so that they know that you are there, especially if you are going to pass them.

It is impolite to get too close to their rear wheel or to essentially push them off of the trail. This rudeness will not only make you look bad, but it is something that tends to make all mountain bikers who use an electric mountain bike look bad.