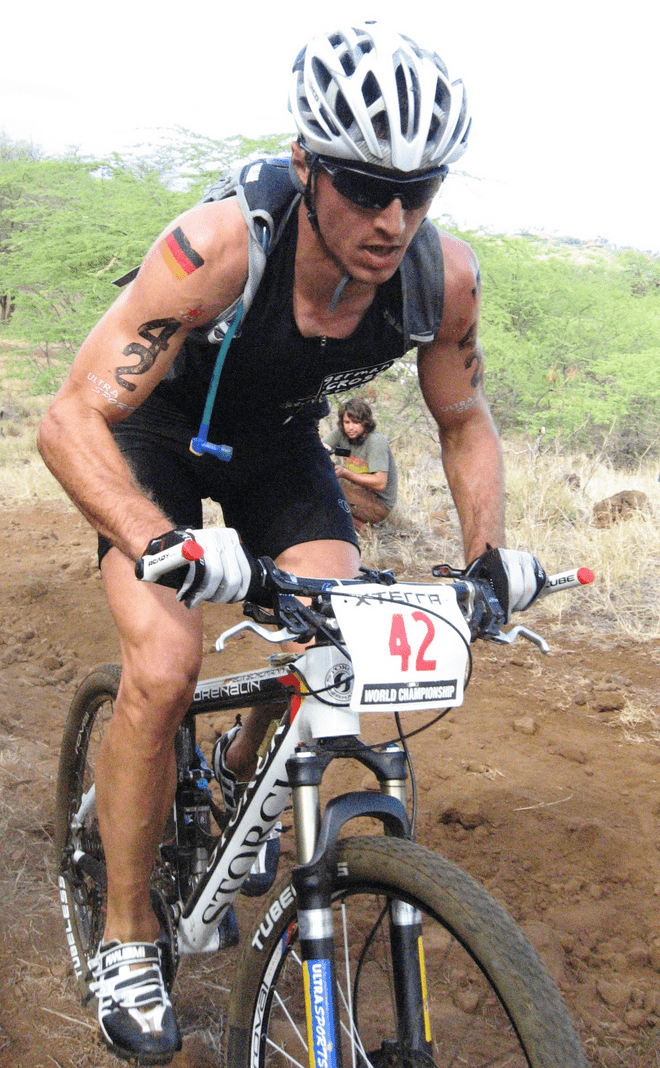 Triathlons have changed a bit over the years, and one of these changes is that there are now a number of different kinds of triathlons. Each of these has different distances which are very important for you to know about.

Sprint triathlons are the shortest official triathlons that there are and these are a great place to start if you are not sure how well you will do and you just want to get your feet wet. This is also a good option if you know that you are not very physically fit or if you have a disability of some kind that you know will slow you down.

The swim is 750 meters, which is only about half a mile. The bike ride is 20 kilometers, which is 12.5 miles. The run at the end is only 5 kilometers which is about 3 miles. Therefore, the total distance that you will be going over is around 16 miles from beginning to end.

Even if you are slow, out of shape, or you simply cannot go fast for whatever reason, you can still expect to finish a sprint triathlon in a reasonable amount of time. So if you do not have the time or energy that it takes to train you can still be confident that you will be able to make it to the finish line.

You should still start to train three or four months ahead of time if you want to be one of the first people to finish, but if you have experience with triathlons then you may need only a month or two to train for it.

The record for the fastest sprint ever was by a man named Mario Mola in 2018. He did it in 51 minutes and 15 seconds. He did the swimming stage in 9 minutes, the biking stage in 26 minutes, and the running stage in 14 minutes.

The fastest record for women is held by Katie Zaferes who ran with a time of 55 minutes 31 seconds. She did the swimming stage in 9 minutes, the biking stage in nearly 29 minutes, and the running stage in 16 minutes in 2019.

This triathlon length is the next one up from the sprint and it is not for the faint of heart. It is called the Olympic triathlons because this is has been the designated length since the first Olympic triathlon in 2000.

This means that the total length that you will have to travel for is over 32 miles, a little more than double of what sprint triathlon is. This being the case, it is a much harder triathlon than a sprint, being at least more than double the difficulty.

You can plan on spending about four hours or so to get from the beginning to the end. This really tests your endurance to keep going for that length of time and you should prepare ahead of time for months before your triathlon.

By the time you are ready for all of this, you should always at least have an idea of what your strongest and weakest stages are. This way you can train yourself especially for that area so that you will have a better overall time.

The fastest time for a triathlon of this length was done by Simon Lessing from Great Britain who did it in 1 hour 39 minutes and 50 seconds. The swimming stage took him 18 minutes while the biking stage took nearly 50 minutes and the run took 30 minutes.

While both the half ironman and the full ironman are usually done on actual roads, there is the rare version that can have some amount of trails that are off-road. While these may or may not be as technical as a mountain biking trail really should be, these distances are still important to know.

In total, the distance is around 70 miles which is, once again, around double what the Olympic triathlons are. In order to make it through this, you are going to have to plan on doing a lot of training every day for months.

This is also the point where you are going to have to start watching what you eat and going on a specific diet. You will need to count on needing a snack of some kind since the race will take you hours to do even if you are fast.

The men’s record for a half ironman is held by Kristian Blummenfelt who set the record in 2018 with a time of 3 hours 29 minutes and 4 seconds. This was with a 21 minute swim time, a nearly 2 hour bike time and a slightly over 1 hour run time.

The record for a woman is not too far behind at 3 hours 55 minutes and 50 seconds which was done by Helle Frederiksen in 2014. She did this with a 23 minute swim, an over 2 hour bike ride, and a run that was a little over 1 hour.

Since ironman is actually a brand name, there are a number of races that use these same distances and yet are not referred to as “ironman” triathlons either because some of the distances are changed up or because the race is off-road.

Training is a huge deal, as is your diet, but your mental conditioning should also be way up there for a race of this length. Not only that, but you will spend literally all day on the move since the race takes an average of 10 to 17 hours to do, and that is for those who are on the faster side of the scale.

It will take at least half of a year if not a year’s worth of training in order to make it this far, but it is far better to train for a full year or more. The men’s record for an ironman is 7 hours and 35 minutes by Jan Frodeno, while for the women it is 8 hours and 18 minutes by Chrissie Wellington.

The whole goal of Xterra triathlons is to be off of the road and, this being the case, the distances can vary more widely depending on how difficult the terrain is judged to be. There are also actually two different types of Xterra triathlons: sport and championship which is also referred to as pro.

In the United States, however, there is another set of lengths that is commonly used in order to have each stage be a certain number of miles instead of being measured in meters and kilometers. In these cases the swim is ½ mile, the mountain biking is 15 miles, and the run is 5 miles.