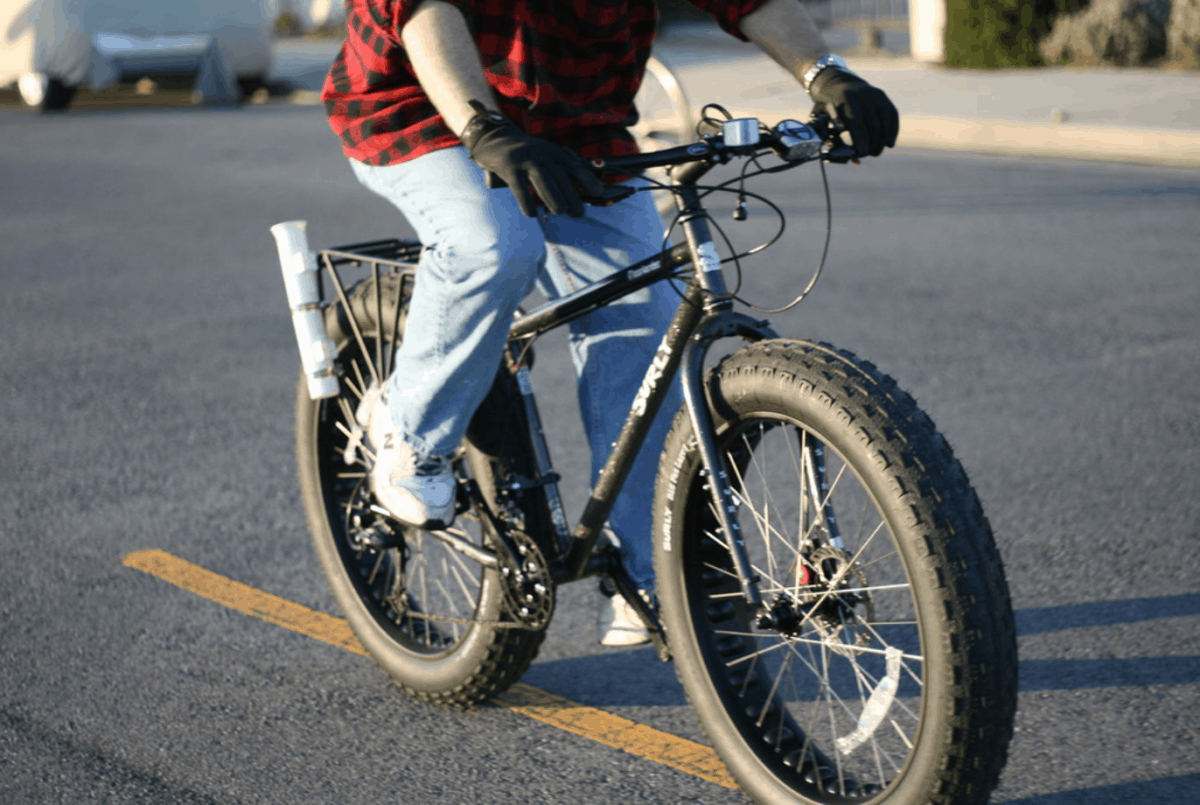 You’ve probable seen the new fat tire mountain bikes cruising around your neighborhood. So is this just a new fad or are these bikes superior to traditional mountain bikes? In this post we’ll explore the major differences between the two styles of mountain bikes. Will dive in and see which bike performs better on downhills, roads, trails, sand & snow.

Their popularity grew tremendously when they began to be used for the Fat Bike Iditerod race in Alaska. Basically cyclists are competing on the same dog sled trail and using fat bikes instead. Times are getting faster and faster as more avid mountain bikers are trying the fat tire race.

This chart gives you the basic specifications for each bike and the differences between the two mountain bike styles.

Comfort & Ease Of Use

The comfort and ease of each style of bike will depend on your suspension system, seat quality, fit of the bike etc. If all things are equal and you could rank bike comfort in this order with 1 being the most comfortable.

As far as the ease of use your fat tire bike will be tougher to pedal and hard to get moving on flats and especially uphill climbs. Mountain bikes will hand well in most conditions and work well for climbs.

An added benefit of riding a fat tire bike is the extra fitness you’ll receive. on a fat bike you can burn up to 1500 calories per hour in soft conditions. But you’ll actually recover faster than if you ran or did an hour of some other higher impact exercise.

“Because it’s not weight bearing, the recovery time is less despite the balance and core strength it requires,”

Traditional mountain biking is still a fantastic work out and you’ll be cruising at faster speeds and covering more ground and probably riding longer to burn the same amount of calories. It’s really just a personal preference. That said if you are using your mountain bike rides as a means to lose weight the fat tire bike could be a great asset for you.

Fat tire bikes range from about $500 to about $2000. A traditional hardtail mountain bike ranges from $500-$2,000. Full suspension mountain bikes can cost up to $15,000. All of these bike options can cost considerably more if you upgrade the components. The suspension system plays the biggest part in the cost of any form of mountain bike.

You’ll want to consider how often you’ll be riding and also the terrain you are most likely going to be traversing before deciding between a fat tire and normal mountain bike. A traditional mountain bike is superior when it comes to hard packed trails. If you want to burn calories quicker by riding a fat bike on soft terrain than a fat bike is a better option. It’s important to consider how much you’ll be using it first.

Your physical location plays a big roll when comparing these two styles of bikes. If you don’t live near the snow or sand it wouldn’t make much sense to get a fat tire bike. You can use a fat tire bike on the mountain but it won’t perform as good a normal mountain bike.

Can a fat bike be your only bike? On average fat bike owners ride there bikes 76 days per year. The comfort and stability of a fat bike is one of the reasons some are choosing to ride them more often. Most fat bike frames can be used with skinny tires so you can switch out the wheels and take the bike on hard packed trails.

Are fat bikes harder to ride? Fat bikes with their bigger wheel profile are harder to ride than their skinnier wheeled counterparts. You’ll have a more difficult time pedaling on a fat tire on flat and hard packed surfaces but they are easier to ride in the snow and sand.