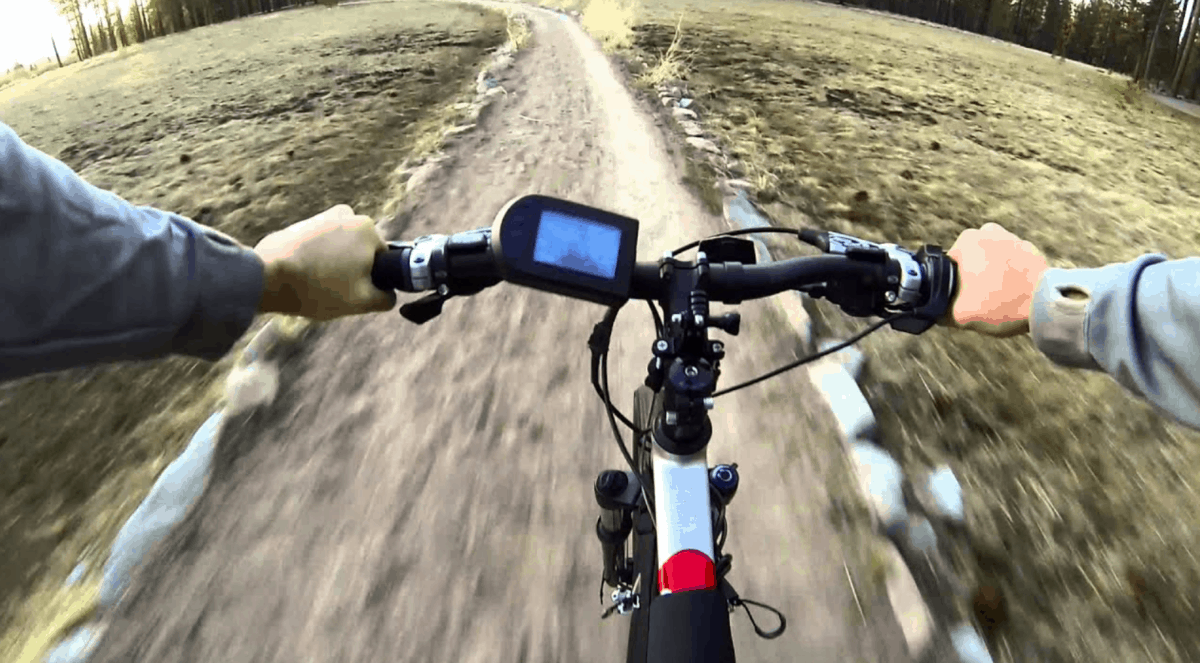 If you go anywhere on an electric mountain bike, you are sure to get at least some attention. A few people may even ask you if they can take a look at your bike. However, you will also undoubtedly get one or two people who feel that you are cheating by using an electric bike.

However, to understand why using an electric mountain bike is not cheating, and why some people think it is cheating, it is necessary to take a closer look at the reasoning from both points of view.

Why Electric Mountain Bikes Are Not Cheating

If you are using mountain biking as a way of working out and getting some exercise, then you can still expend as much energy as you want to. This will let you spend more time out on the trail, leading to you enjoying more of the scenery and getting more Vitamin D.

The real question you have to ask yourself is what your goal is when you go mountain biking. If your goal is to get exercise and to burn off calories, you can still do this. It will take longer for you to burn off the same number of calories, so this can be a downside, but it is still possible.

If your goal is to enjoy the scenery, then you can get much more of this by using and electric mountain bike. The fact that you are not having to exert as much effort allows you to look around more at the forests or plains that are around you.

The same is true if you are trying to get some sun. Sunlight is needed for Vitamin D, so more sunlight before you get worn out is a good thing. Also, the SAD syndrome is something that you can get if you do not get enough sunlight, so spending that extra time in the sun can help with this syndrome.

Why Electric Mountain Bikes Are Cheating

Even though your heartrate gets a full vigorous exercise when you use an electric bike, you do not tend to physically feel that you are exercising that hard. The main reason why electric mountain bikes are considered cheating is because they do make riding easier.

You can ride the trails for longer and with less effort expended on your part. The fact that you can ride around in normal clothes without getting all sweaty should be a hint about this. The idea that an electric bike is cheating mostly comes from the UK.

Before vehicles become more available, people used to use bikes as their main mode of transportation. It was a cheap and easy way to travel, and many towns where small enough that you could easily bike to anywhere in the town you needed to go.

Then cars become more popular and bikes became less and less common until almost no one used them anymore. Now bikes are getting to be more popular again, many people seeing biking as more of a sport, even if they are simply using it to commute.

When a mountain biker on an electric bike can pass someone on the trail who has a regular bike, this can truly – and perhaps justly – feel like cheating. What is worse is when they can do this without even breaking a sweat thanks to the motor helping them forward.

How To Tell If An Electric Mountain Bike Is For You

However, there are certain cases in which you should never be ashamed to get an electric mountain bike. Old age can cause you to wear out more easily at some point but, even if you are at that age, you still need sun and exercise.

Then, it is also entirely possible to badly injure your leg in some way. This ca be if you broke something, had a bad sprain, or any number of other possible injuries. While you are healing from something like this, it is important to still exercise some and equally important that you don’t overdo yourself.

There are other situations too, such as when you are recovering from a long illness, or maybe you are currently sick but need some sun and exercise. If you are a woman and you just had a baby, using an electric mountain bike at least to start with can be a big help in getting back on the trail again.

These are just a few examples of situations where an electric mountain bike might be the best option for you. However, between arthritis, heart problems, and other medical conditions, there are plenty more reasons.

Finally, if you simply struggle to keep up with your friends on the trail and get lost behind the rest, then an electric mountain bike might be something you need. If you need a little help from electric mountain bike for your heath or safety, then get one and don’t pay any mind to those who say call it cheating.

If you decide that you need an electric mountain bike in order to really get out there and enjoy the trails, then don’t worry about people who might say that you are cheating. There will be people who outright say this, and perhaps a few others who don’t say a word but clearly look like they feel this way.

Sometimes you may even have people who never get on mountain bikes at all tell you that you are cheating by using an electric mountain bike. This is pretty ironic since they usually drive a car to work themselves.

However, riding on an electric mountain bike can be quite freeing. You can explore hilly areas without wasting as much of your energy. The areas that used to take up quite a bit of energy as you drudged through them can now become some of the best parts of your ride.

The fact is that most people who get an electric mountain bike have little to no interest in racing, they simply want to mountain bike for the fun of it. This being the case, is there really any way to “cheat” at having fun?

And that is what electric mountain bikes are all about: helping you to have fun and enjoy yourself in the great outdoors.